How far can they push it? 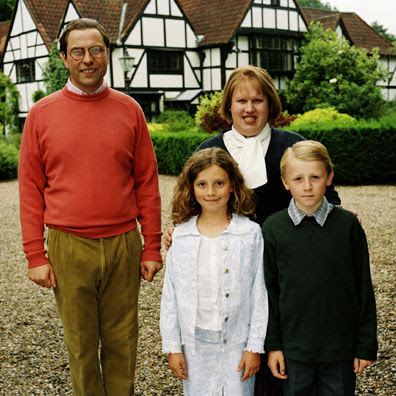 Nigel's shagging in his office, Harry's lining his pockets, Jacqui's husband and paid employee is charging his porno to the taxpayer, meanwhile McNulty has gone off the radar. There will be riots in the street this week, the government is collapsing before our eyes and yet they are carrying on as if nothing has happened. The question must be asked, what does a Minister of the Crown have to do before he or she feels it necessary to resign? Think about Profumo, Smith, Aitkin, Mellor and even to some extent Mandelson. When this lot got busted taking advantage of their position or bringing the government or their party into disrepute they had the decency to fall on their sword and quit.

But no, Ms Smith, Mr Cohen, Mr McNulty and Mr Griffiths are so out of touch with public opinion, so detached, so arrogant that they feel that they can soldier on with little need to even apologise for their mistakes. The stench of corruption and deceit around this government is becoming overwhelming. Can they really last another 13 months?

They are no different from common thieves and has anyone reminded Mr Griffiths that Blunkett banned sex in the workplace? It seems that the Labour government can get away with a host of crimes. What would a minister have to do before they were forced to resign?

This government is decaying and by god sleaze and scandal is back.

Clearly this isn't the Court of Public Opinion that Harmen was talking about.

Time for an attack by Dave.. Ahh but Conway, Spellman get in the way.
However.. At least Conway and Spells paid SOME money back.
Conway won't stand again.
Dave has good form on calling for published expenses, restructuring the expense system.
So do the Lib/Lab Dems.

If he pushed it, there might room for your lot are sleazy than our lot. Especially if ties to banker bonuses.
'Can the Prime Monster seriously say that he approves of his ministers recent conduct'

'So the Prime Minister is perfectly happy to allow any conduct within Westminster no matter how abhorrent to the public.. In the cases of Archer/Aitken..Prison... expelled.. fined.. etc.
What action will this unelected leader take in the case of the paid by the taxpayer husband of the two-homes Home secretary, deciding that the taxpayers should be paying for his own sleazy gratification.

'If charity begins at home, so, too, must austerity.'

1: All Conservative MPs with dodgy 2nd homes near London must put them on the market now! They must repay all of the allowance money they have got since the end of regular late sittings.

2: All Conservative MEPs should refuse to travel to Strasbourg, effective immediately. All remuneration concerned with the operation of the Strasbourg Parliament must be refused by our MEPs.

3: All Conservative frontbenchers must give up all paid outside interests immediately.

6: All Conservative councillors and members of the Scottish and Welsh bodies must take measures similar to #s 4&5.

7: All members of the Conservative Party should increase their subscriptions, donations etc etc in order to limit the need for funding from taxpayers & Big Donors (like Wheeler) to an absolute minimum. We must all increase our sacrifice of money/time/shoeleather. It is absolutely critical for the country that the Labour government is removed. We must also do everything we can to increase party membership.