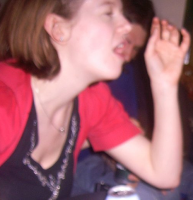 Change the record TB hears you cry, but one final story about youth wings and party staff. It's been awhile since TB turned his attention to his old friends over at Liberal Youth. Since their member of staff resigned from Cowley Street five months ago,
Elaine Bagshaw
everyone's favourite Labour-hack-turned-yellow, the Chairman of Liberal Youth has mysteriously not managed to find a new staffer.

With jobs to work in a party HQ normally going like hot cakes, especially considering the generous pay package associated with the job, this does seem mighty odd. It comes as no surprise given her track record that the gossip is now doing the rounds that Elaine has been deliberately impeding the selection process, leaving her organisation understaffed and all the while making a big song and dance of how much work she has to do and hard she's working/great she is.

Now the word has reached Tory Bear that Elaine is trying to get an amendment through their conference in November* - making the LY Chairman position a sabbatical one. So TB imagines that also means she wants to install herself as the sabbatical chairman for a third term. This can only be a good thing, given the fact that the hideously incompetent and unelectable Bagshaw will eventually run LY into the ground. There was even the ridiculous suggestion that she wants to move the Liberal Youth office oop north closer to her home.

Now that's just lazy... and as for the rest of the rumours TB has been hearing about what Elaine has been up to? Well apart from her ordering a grands worth of seeds to give out in freshers packs (WTF?) and approving 3k for a website, (TB thinks you might have got done over there guys,) the rest are unprintable, for the time being. 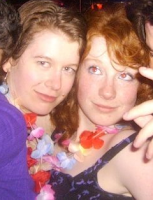 Sounds like the LY "Activate Weekend" was err... rather active though.

*TB was semi-invited to speak at the Liberal Youth conference later on in the Autumn. Does that offer still stand?

Aw, now Scarlett is thoroughly out of the loop little Bear's information is getting more and more out of date. Still, I'm looking forward to the Liberal Youth office being moved up north nearer to Elaine's home in, er.. East London!

"*TB was semi-invited to speak at the Liberal Youth conference later on in the Autumn. Does that offer still stand?"

The question for you TB is that would you want to go if invited?

If I were in your position I would decline. I reckon you could spend you time on better things, like helping a Conservative PPC get elected to Parliamen for example.

So that redhead is a liberal then?

Can I just say that it was me who initiated the website, when I was VC Comms, and it was approved by the entire Exec - not just Elaine. I stand by my decision because the options really did come down to paying or not having a website. The expertise we required were just not forthcoming in such a small pool of activists.

To be quite honest, none of this surprises me. But it never ceases to amuse me that TB is able to get hold of all this info!

Sorry, what do LY need an office for...

Has something been photoshopped out of the first photo?

A third term for Baggers?

Second terms are always unusual in youth organisations - and usually quite an arrogant thing to seek. They reek of "Nobody new in this set-up is any more talented than I am, so I'm staying put."

If she's mulling over a third term, well, that's just taking the piss of the no-hopers on the LY exec!

In fairness, I think Michael (Rock) has served about 5 terms :-)

The reason they didn't fill the role was because LibDem central office took over two months to invite candidates to interview after the application deadline. I know that AT LEAST three candidates, and myself, had already found permanent jobs by then and were therefore unable to go for interview.

Unlucky TB - not Elaine's fault at all

The other person in the photo with Elaine Bagshaw is Alex Royden, Chair of Liverpool Liberal Youth.