Aaron Porter has rambled on once again about the

"tiny minority
" of trouble makers, that included his own NUS committee members. The following were witnessed or photographed at the riot outside Millbank 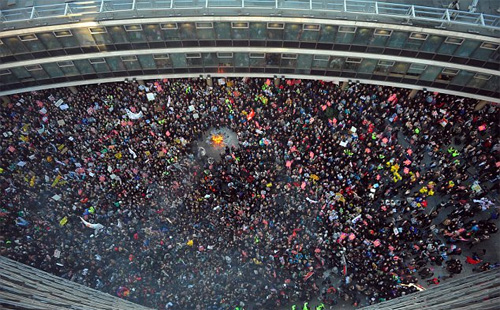 The NUS President is clearly delusional if he thinks he is not to blame for what happened. He's clearly been hanging out too much with other delusional "it wasn't me guv" types, like disgraced expenses crook and former Labour MP Shahid Malik who he invited on the march: 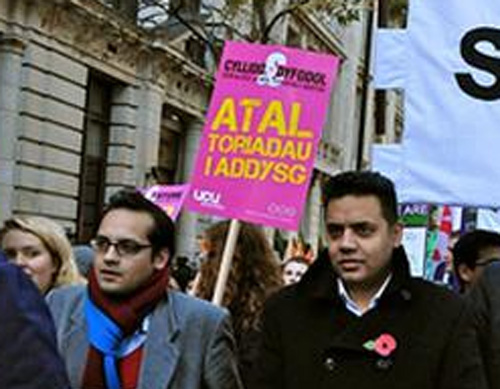 Just do the right thing Aaron and man up.

Glad to see you back at the keyboard , Hope you feeling better .

I watched in amazment/horror the events the other day , how must the people working in the buliding have felt ? The NUS must take responsabilty and do all they can to find the thugs .

Peaceful protest is one of our greatest freedoms .

Aaron Porter reminds me of a little game I sometimes play with my colleagues.

I will say something ridiculously outrageous, and when thyey respond I will shout in mock innocence: "Oh, for goodness sake! What am I supposed to have done NOW?!"

This then results in gales of laughter.

Aaron Porter is trying to play the same game. But when Aaron shouts: "Oh, for goodness sake! What am I supposed to have done NOW?!" nobody is laughing.

28ish years ago I went on a student demo in glasgow (it was either attend or fail economics according to my John Maynard Keynes obsessed lecturer) that turned into a mini riot thanks to the socialists.
Nice to see the lefties havent changed either their tactics or methods in that time.

I'd like to see the photo of me on the march. I was in lectures on the models of disability that day at sheffield hallam university.

I was there watching at millbank,
It was fun = )

A tiny minority of the 50,000 who marched. Quite a few in total, but probably no more than 2% of the total there. If you can organise a protest that large without some idiots rioting I'll eat my words, but I think you're being unfair on Porter.

On a separate note, and certainly not defending the Committee members themselves, the NUS has a bad habit of electing idiots to its Committee. Last year its Black Students Officer and LGBT Officer threatened Durham Union Society for daring to invite a BNP MEP to speak. One problem: Durham Union Society is in no way affiliated to Durham Students' Union.

Does this look like a minority? Well, yes, it rather does.

Man up? You sexist pig! It is person up these days.