TB is enjoying a few days off catching up on lots of things before the scrum kicks off on Tuesday. It seems the campaigns are still going strong though over the weekend. If you are switching off for the a couple of days make sure you note these two must reads/watches. Firstly David Cameron's

pitch for PM
in The Telegraph and how his political journey makes him the man for the top job:


"It was nine years ago, but every second is etched on my memory. I couldn’t stop fidgeting as I chewed gum, paced the draughty hall and smoked (I still hadn’t given up by then). The hours dragged by, the torture seeming to get only more intense. Every ballot box that was emptied appeared to have crosses for my opponents, not for me. My stomach was in knots, a gnawing dread that my second attempt to win a seat in Parliament would end in failure again."

Secondly catch up with BBC Parliament's half hour "
Hard Talk
" with Heather Brooke: 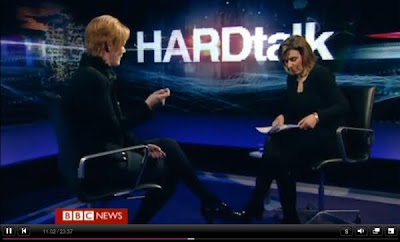 She get's quite a grilling and handles her own well in yet another, but ultimately fascinating, insight into her campaign against the establishment. 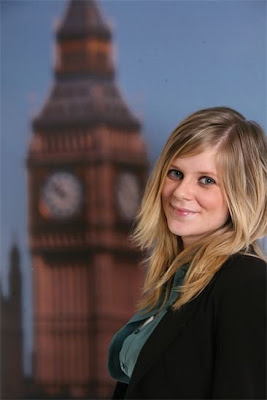 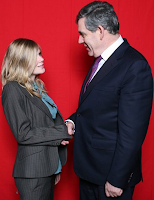 Could have fooled TB.

Newspapers hacks are always desperate to show they "get blogging" and all dat web 2.0 jazz. Some do, others really don't.

Paul Waugh
of the Evening Standard knows exactly what he is doing: 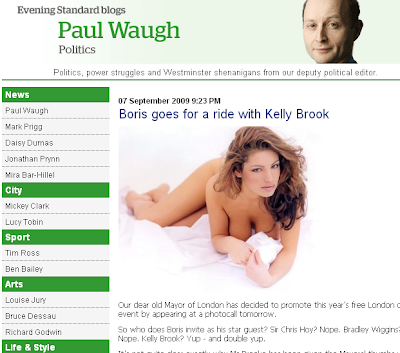 He has clearly worked out the mythical balance between politicking, scoops and totty.

TB is going to be in transit for most of the weekend driving back from France, so he will be rather quiet. In the meantime here are some of the long awaited pictures from the 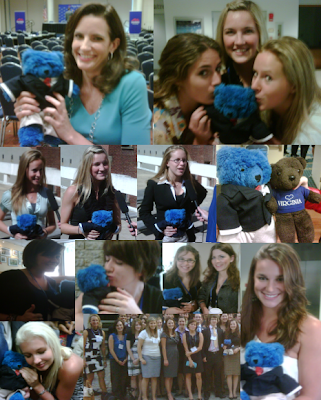 American girlies, if you fancy coming to the
Young Britons' Foundation
conference in October then you should probably take a look at
this
.

Get writing those essays if you want to see see the bear again... 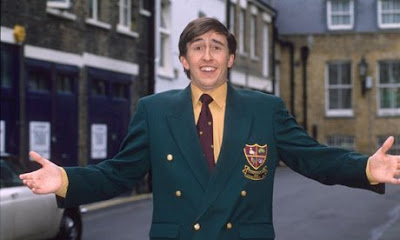 Aaah haa. TB is very sorry he didn't make it up to Norwich for the by-election campaign but by all accounts it has been a solid effort. Best of luck to Chloe Smith who looks set to be returned as the new member. Looking
at this
reminded TB of about this time last year when he and a few others were in Henley for that campaign, and polling day was particularly fun: 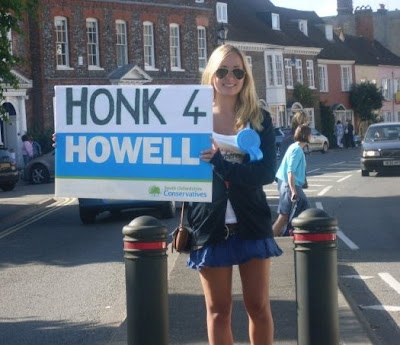 If anyone comes up with something better this morning in Norwich then send in the pics...

TB commented last week that with the state of the Blair Babes 12 years on, it was no surprise that the UK didn't do too well in the rankings of the worlds sexiest female politicians. This however upset Tory Bear's favourite lefty feminist Gabi Jones, from the Women of the World organisation. TB has clashed with Gabi in the past,

very publicly
in the letters section of a student paper over the old "Life's better under a conservative" poster. So for the sake of sexual equality and what not, TB will let Gabi brighten up your Tuesday morning with a round up of the UK's sexiest male politicians...


As a long-time reader of Tory Bear, I am very excited to have been invited to compile a list of the top ten sexiest British male politicians. For a long time I have been criticised for my dreadful taste in men – something I fervently dispute – but with such an attractive lot representing us, this list is filled with the best of British.

Rolling in at number 1 is the Adonis of Westminster, 40 year old Ed Vaizey. After seeing Ed’s numerous appearances on The Wright Stuff, I have fallen for his undeniable charm and charisma. Ed looks good in a suit, has a gorgeous voice and a slight receding hairline – what more could you actually want? I just wish I lived in his constituency. Sigh.

In terms of justifying my choice, I think this amazing photo is reason enough. Body-wise, Mr Afriyie is the Elle McPherson of male politicians. I’d go running with him any day.

I appreciate this is turning into a bit of a Tory-fest but maybe life is better on top of a Conservative? Tory leader David is confident, powerful and arrogant – AKA very, very sexy. However, it’s clear whenever DC is with his wife Samantha and their children that he is caring, compassionate and quite a nice guy. Shame he’s married…

Never having heard of Daniel before his infamous attack on Gordon Brown in Strasbourg, I am putting him high up at number 4 completely for that speech. Good public speaking is always a turn-on and Daniel’s eloquence, presence and anger combined make him a very desirable man – at least on YouTube. Some might say he’s going a bit bald but I think on the right man, a bit of thinning on top can actually look quite good and Daniel certainly pulls it off. Did I mention that speech?

Okay, maybe I’m cheating slightly because isn’t actually elected to parliament yet, but it looks likely to happen in the near future. Finally, a left-winger to add to this list! is young, handsome and joined the Green Party at just 16. Set to unseat Charles Clark in the next election, might make that bit more attractive. My leftist heart is beating fast. 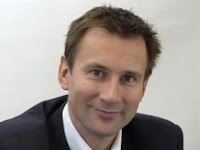 And we’re back to the Tories – I think I might be flattering the egos of quite a few TB readers here… Mr Hunt is another politician with a divine receding hairline; add his language skills and charity work to that… Well, you just would. Apparently Jeremy runs regular surgeries with his constituents; I might just move to Farnham. 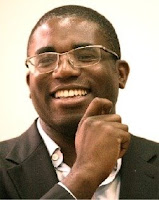 David Lammy doesn’t exactly scream sexy, but he’s got something about him. Not too good at general knowledge, I’m guessing that his strengths lie elsewhere…

He’s arrogant as they come and I really should dislike him, but George Osborne is yet another Tory that I find myself extremely attracted to. Maybe I should concede defeat to my lust for Tories and sign up? On second thoughts…

Tobias has this, ‘I raised lions and lived in for a long time’ Born Free-ness about him. Actually, he was born in and raised in ; always a fan of well-travelled men, I definitely approve of this. I’m also a big admirer of the receding hairline / thick head of hair combination. 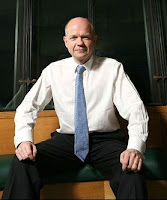 Admittedly, Mr Hague isn’t exactly a looker, but he does have the sexiest voice in and for that alone he deserves a spot in my top ten. What I would give to have him whisper in my ear.

This list is overwhelmingly leaning to the right, okay; I admit I have a thing for Tories. Maybe it’s their infuriating politics? I think my friends were definitely justified in buying me one of TB’s own ‘I kissed a Tory… and I liked it’

t-shirts
for my birthday…

More on the "Save the Pub" campaign
here
. 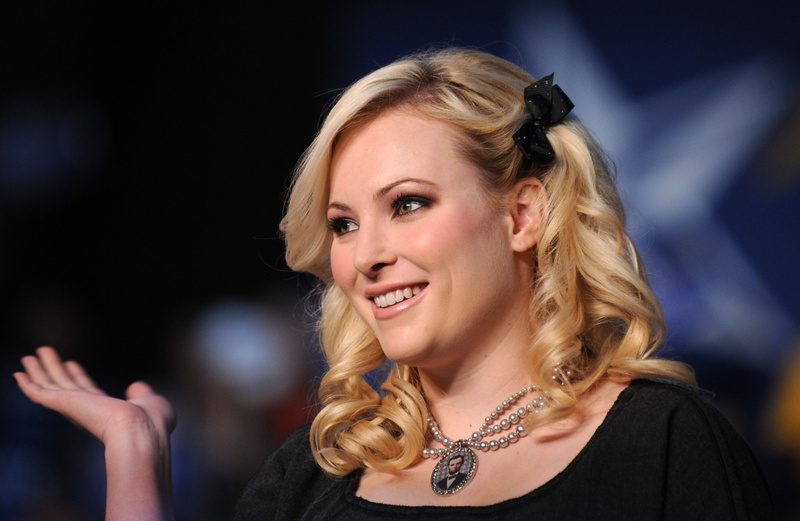 Meghan McCain, potential first daughter,
blogger
and hotty has promised to get a tattoo should her father win...

Suggestions on a postcard... 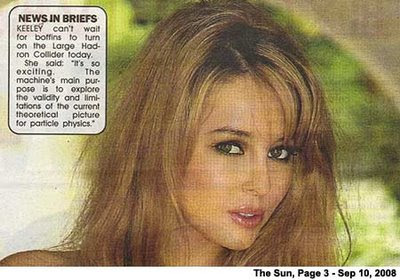 Why does TB get the impression those words did not come from "Keeley"?

If you think young Tories in this country get a bit of stick for the old YC memories, spare a moment's thought for the young Republicans who are battling the fact that Obama has brainwashed their entire generation... Well almost all of them:
Huffington Post
, it isn’t likely to be the most balanced of views on the young Republican movement, but the rest of the article is well worth a read.

Classic line at the end of this video:

Seems they have some hotties... 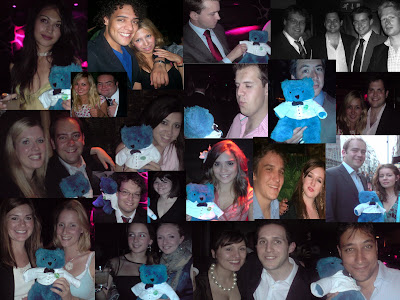 (click to enlarge)
So to Mahiki for the YBF summer party...

A solid effort to those early birds who managed to burn through the promised free cocktails in just 20 minutes.

Come back tomorrow for more pictures and the gossip...

And so to Richmond for Zac Goldsmith's summer party. Despite being billed as one of the top CF events of the summer sadly Zac neither sunk a Pitcher nor played the Piano as the venue promised.


Tory Bear can't help but laugh at despite the fact the PPC for Richmond is worth some £300m he still smokes rollies! Achingly trendy! 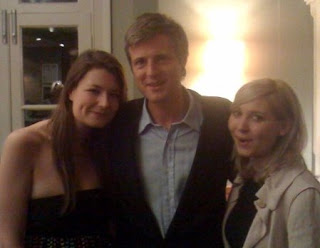 Seems Mr Goldsmith was quite the hit with the ladies this evening too... Another CF bottle opener up for grabs for the best caption to the photo above posted in the comments section...
Congratulations are also in order to CFs in house impersonator Mr Max Litwenik - recently renamed "Max Lit" (- any relation to Tony?) Max's Facebook status yesterday said he was "attending the richmond drinks tomorrow mainly for the free liquor"
It seems he made the most of it too: 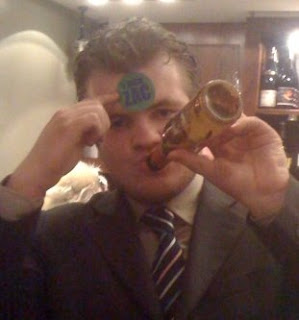