Ah to be a fly in the wall in Alex Salmond's office today... 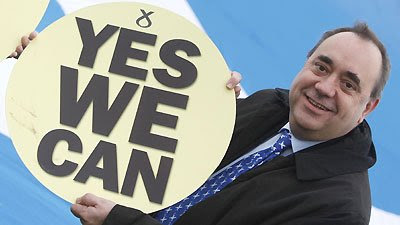 TB wonders if the Grinner of the North had that horrible little smirk wiped off his face today. Despite the spin being put out by Downing Street and the Labour goons today, that the Glenrothes result was a vote of confidence in Gordon Brown and the economic plan etc, the victorious candidate - who is fast becoming a spin doctors nightmare told it
how it really is
:

“It’s not a referendum on Gordon Brown at all. What we’ve done is put forward key polices in this area. It’s about the policies that have been presented to the people.”

He described his campaign as a “by-election fought on local issues, but there were obviously macro issues.”

Asked whether Prime Minister had called to congratulate him he said, “He’s tried to phone me three times this morning, but I’ve been elsewhere.”