The mystery of the ridiculous hat... 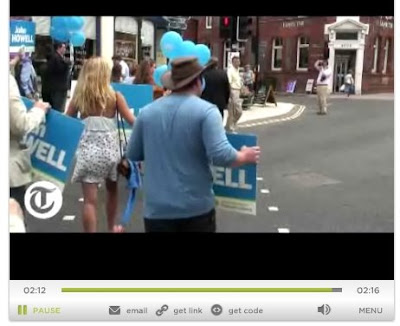 Anyone wondering why Conservative Future's esteemed National Campaigns coordinator was seen sporting such a ridiculous hat on TelegraphTV's feature on Boris campaigning in Henley? 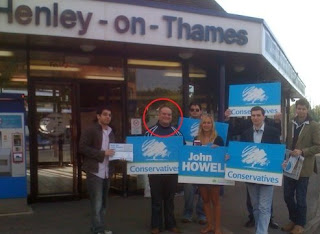 Equally baffling was the new skin head look Patrick Sullivan seemed to have adopted for polling day- I would have said that this wouldn't go down in well in Henley but given that this is the constituency that contains more BNP supporters than Labour I'm not so sure now...

Well the answer isn't too hard to find if you have a sneaky peek at the plethora of celebratory facebook albums from the countless CF hacks who decamped to Henley for election week: 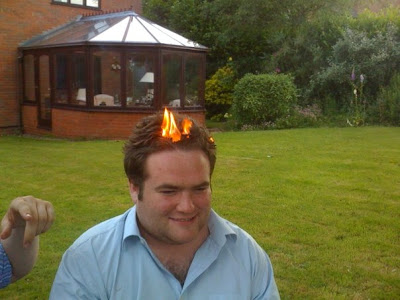 Patrick we salute you.