The Loony Left is Back 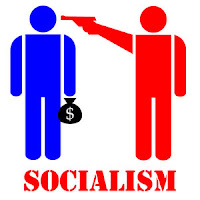 In the shortest suicide note in history, the great and good of the hard left, and some seemingly sensible types who should really know better, have called on the government to potentially bankrupt itself. In a
letter
to The Guardian, various pinkos have called for the deficit to be increased and the nation to stick its head in the sand and their hands in their pockets. They just don't get it.

This collection of washed up socialists, scummy trade union thugs, outgoing MPs, brainwashing lecturers and err
BevaniteEllie
, otherwise known as the "first up against the wall" list is as follows:

The red peril is back.

Labels: It's Not Your Money