London Spin
is going to be running an interview with Ed Hallam later today... TB has best bits though.

Interesting to note he does not rule out a leadership bid...

Q. How long do you think CLWCF will be your home ground, any ambitions to move to an area chair role or another branch?

A. My future will, I expect, always be with CLWCA for as long as I'm living in this region - and I have no plans to leave London! I'm still only a couple of months into my role as chairman so it's a little early to speculate on the future. I don't have any plans to go for an Area Chairmanship - so Oli Cooper can breathe easy, for now!

Q. London Spin is still receiving tip offs that you are due to launch a CF chairman campaign in early 2009, can you confirm once and for all that you will not be standing? Or is there more news to come on that front?

A. I'm afraid your sources are incorrect. I've set absolutely nothing in motion for a national chairmanship bid. Michael Rock is a close friend, and as well known I worked on his campaign, which is more my style and where my interests are. Those experiences have shown me just how much time and effort it takes to win the position, and then do the job. I applaud Michael for finding the time. Personally, I'm more interested in focusing on my career for now

What do you think?

’s Pin
is a new blog that has popped up over the weekend. It first came to Tory Bear's attention via a Facebook friend request.

Written from the perspective of a supposed CCHQ “drawing pin” accidentally relegated from DC’s office to CF, the Pin is a funny concept. However something tells TB there is something slightly more malicious behind this blog.

Obviously it’s a clear rip-off/piss-take of
London Spin
, the brainchild of Steven George and the supposed “Broadsheet Tory Bear" - The bloody cheek! 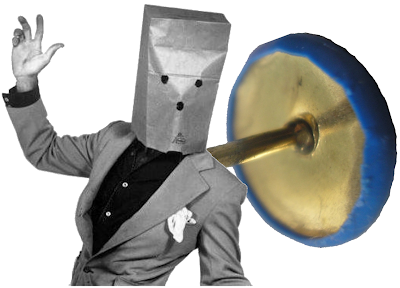 Mr. George has now passed the editorial reigns to one Frank Gallagher. Frank apparently graduated from the with a 2:1 in journalism and cultural studies. Though he does not appear to be on Facebook. Which is a bit odd.

Despite the “Pin” being live only a matter a days, half of its posts directly attack, or at least take the piss out of either Steven George, Croydon CF, (to which he is personally and professionally very close to,) or London Spin itself – “a 'well respected' Blog, who has a readership in its 'tens'”

Now there is no denying that there must have been some bad-blood in Mr. George’s acrimonious departure from CWLCF and ’s Pin is clearly involved in CLWCF and focuses on the branch, his longest post yet has been about Ed Hallam’s hair. The only clue.

A Tory Bear t-shirt to the first person to email the Pin’s true identity.