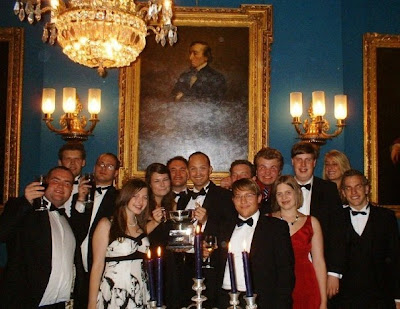 The Southall Group , no sorry the Disraeli Club ... no wait The Salisbury Club, the CF dining, fundraising and lash society are holding their election for a treasurer.
The chairman (Cllr and general CF legend) Ben Howlett is holding the election via Facebook - it's well advertised and all members are allowed to vote... (maybe he should run CLWCF!) Send him a message to cast your vote before Sunday .

Ben said "The job involves collecting money at our monthly dinners and working out our profit to be given to CF. Maths skills is a plus."

TB recommends a basic grasp of VAT would also be appropriate eh?

There are three people up for election,

TB's money is on Claire Hilley...