Is the campaiging just beginning for Sarah? 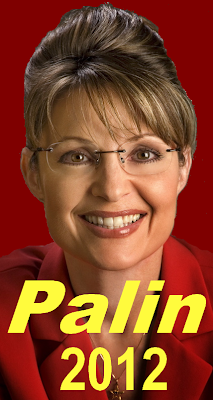 The Atlantic think so... 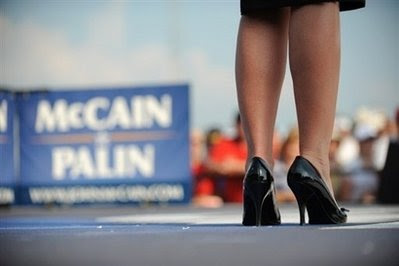 "Sarah Palin, who announced on Monday that her 17-year-old daughter is pregnant, indicated during her run for Alaska governor that she was a firm supporter of abstinence-only education in schools.

"Explicit sex-ed programs will not find my support," Palin wrote in the conservative group’s questionnaire."

This won't do her any damage, if anything it will dog-whistle the middle-America Republican base. Palin doesn't just talk the talk about being pro-life she walks the walk too and will do everything to help her daughter. This would have broken at some point and the sooner the better really. Especially as this can be used to help kill the
the speculation
that her youngest son was actually her daughters has been blown out of all proportion. The photos of the supposed "bump" under Bristol's jumper do not warrant the attention this story got and the lovely Sarah looks pretty damn pregnant
here
.

These developments prove two things about this election:

1. The Democrats are running very scared about Palin.

Obama may be feigning his disgust but the left have woken up. After the battering that Kerry got, going from war-hero to fraud in 2 months has not been forgotten and the left have learnt how to fight dirty.

The fake pregnancy attack on the Daily Kos
went from being an obnoxious smear by some bearded little lefty to hitting the networks and international newspapers in just 24 hours. Just four years ago the MSM treated the blogsphere with slight disdain and now every single network and every single newspaper in both the USA and UK has a full staff of bloggers and strong internet presence. The bloggers break the "news", true or not and the old guard follow. The prominence of the blogs in USA2008 bodes extremely well for the UK whenever our miserable, cynical and negative government finally comes to a grind halt and we get out turn on the stump...

But with power comes responsibility... The left truly are the nasty ones these days the DK lies aren't something to be celebrated but demonstrate how powerful the blogs have become.