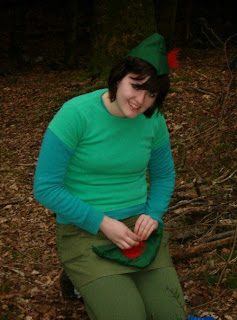 There has been wide spread outrage today in the fall out after the hippy invasion of Stansted Airport. As previously reported by Tory Bear, Edinburgh University anthropology student Lily Kember, (pictured right in her native state,) endangered lives and violated private property in a shameless and selfish act.

Having speculated earlier about the response of Edinburgh University to the arrest of one of its students, TB got in touch with the press office who said that they could not comment on individual students but stressed that they are not mummies and a daddies. Apparently they will get back to TB if anything comes of this but he was told not to be surprised if nothing happens.

Christian May the deputy chairman of Conservative Future said earlier: "The simple truth is the protesters acted recklessly, dangerously and illegally. It says a lot about Edinburgh University that they are prepared to turn a blind eye to this criminal act. Some people need to be treated like children: point out that what they did was wrong, make them apologise, and then punish them. If we don't do this, then similarly unwashed uneducated reactionaries will continue to violate the laws with impunity." 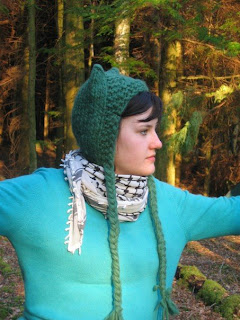 And so Tory Bear turned to the esteemed Edinburgh University Student Association, an organisation dear to his heart and received a cutting response from the President Adam Ramsay, a member of the Green Party. Clever use of the environmental thorn in the Conservatives’ side:

"Last summer, recent Edinburgh graduate Iain Thom was arrested in China at the opening ceremony for the Olympics. His protest led to headlines reminding people around the world of China's appalling human rights record. Many students said they were proud of Iain Thom's bravery. I'm sure many will be proud of Lily Kember - the Edinburgh student arrested at Stansted today.

Lily follows in the footsteps of the leaders of most religious groups in Scotland (including the Church of Scotland and the Catholic Church in Scotland), many members of the Scottish government, and a substantial number of Edinburgh students and staff - all of whom have been arrested attempting to blockade Faslane Nuclear Weapons Base.

He said: 'If a crime is intended to prevent much larger crimes, I think many people would regard that as justified.' The jury agreed with Zac Goldsmith, and the Greenpeace activists were let off.

Students around the world have a proud history of leading progressive change, and, sometimes, of putting their bodies on the line in doing so. BAA and the pro-flying lobby have near unprecedented access to this government. The communities affected by airport expansion are left out in the cold. This peaceful protest has helped to open up the debate. The number of people who had their flights delayed is minimal compared to the potential damage resulting from expanding Stansted. I think many students will concur with Zac Goldsmith - as an attempt to prevent a much larger crime, this protest is justified. Edinburgh students should be proud of Lily Kember."

Well this Edinburgh student is most certainly not proud of the behaviour of Lily and her hippy chums, and nor is TB alone: Alice Paisley a 4th year history student said “this was totally irresponsible, rash and certainly won’t help her cause.” 4th Year chemist Thomas MacThomas, asked by Tory Bear outside the library today what he thought simply added “what a pillock, has she never flown anywhere?”

Nick Ward, a leading figure in the University Labour Club said to TB: "Although I have nothing against the people doing it themselves I do believe they are misguided and possibly selfish. Politics is about winning people over to your cause and in a democracy that is best done through argument and debate not through acts of vandalism endangering people’s lives and inconveniencing hundreds of families. This is the equivalent of a huff by a 4 year old not the mature rational discussion of adults which might actually bring people around to your cause rather than alienating a great many." Ed Kozak Vice-Chairman of Edinburgh University Conservatives added: “The idea that Edinburgh University would let this completely unwarranted attack on property stand is worrying at best and darn right offensive at worst.”

Donal Blaney, the Chief Executive of the Young Britons’ Foundation had some helpful advice for the likes of Lily Kember - "if only left-wing students spent half as much time on their degrees as they do on puerile gesture politics and unlawful protests then perhaps they'd get decent jobs when they graduated"

The fall out continues...