Did Hatty do the right thing? 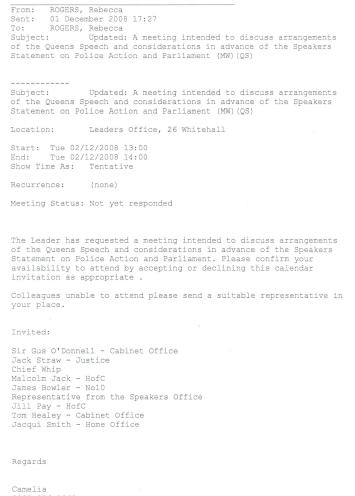 The more this Bear looks at
this email
, the more he thinks it's just a little too convenient that it was "accidentally" CC'd to the office of a Tory frontbencher. Clearly the Labour great and good were intent on silencing their Speaker and making sure that they got their stories straight. Brown and Smith have been outrageously complacent about the arrest of Damian Green, yet it was Hatty Harperson who was expressing deep concern about the issue on Sunday. Lest we forget that before she became a politician Hatty was a civil rights lawyer, and a good one too apparently.

Did she have a crisis of conscious and deliberately let the Tories know what Smith and Brown were planning, knowing full well Dave and co would go mental?