CF and the NUS 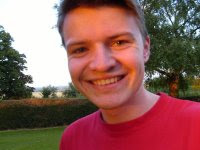 Edward Keene - a seasoned CF hack and member of the Student Life committee has written a rather insightful piece on last week's NUS conference. Although TB tries to keep his posts slightly shorter, this is well worth a read. The National Union of Student should be in CF's sights and this is why...

Quite unexpectedly, I found myself travelling to another NUS conference earlier this week, my fourth in less than two years. Now representing the College of Law of England and Wales, I attended mainly to see where the new constitution, arising from the earlier constitutional review, was now going after its defeat at National Conference last Easter.

For those unfamiliar with my previous writings on NUS matters or the constitutional review, the sum of it is this. Like most dysfunctional, pointless, irrelevant organisations, the NUS has become increasingly introverted recently, arguing more and more about petty personal politics (yes, I’m looking at you, access breaks…). As part of this, the main dividing line in the organisation (I use the term advisedly) is between those who want to keep the old constitution and those who want a new one. Rather pathetic really. The former group, the ‘radicals’, consist of the sort of people who only crawl out of the woodwork at NUS conferences – the most unpalatable, absurd, and ridiculously left-wing dogmatists in the country. Actually, many of them are not even of this country, but uber-lefties shipped in from Columbia, and other fashionable South American backpacker destinations. The bulk of the latter group are only marginally better, many being overtly careerist Labour Party hacks (vis NEC). A bare few of us would identify ourselves anywhere on the right side of political centrism.Extraordinary Conference this time round (less than 12 months since the last one) was convened in lovely Wolverhampton, one of the treasures of Staffordshire.

Fortunately, registration was much faster than in Leicester, but events did not start until two and a half hours after the hall opened. I spent the half hour I was waiting around reading up on the changes made to the proposals from last time. I was thoroughly disappointed to find substantial concessions – several pages of them in fact, from the retention of National Conference, to lesser professional oversight of finances. The new ‘new constitution’ is a watered down, half hearted, remake. A bit like a film sequel – except in this case, the original was never on general release! There is none of the edge and boldness found in the earlier, discarded version. The chance to do something a bit adventurous has gone, it seems. New NUS President Wes Streeting in fact openly stated “We’ve compromised”, but in doing so, he has *been* compromised. Aside from the massive concessions, I was also struck by the substantive increase in the managerialism of the register of language in conference documents. References to ‘stakeholders’, ‘priority objectives’, and so on was everywhere. This is the language of puff, not of reality. It emphasises the organisational pointlessness of the NUS. A third observation is the rather less refined political stage management of the new administration. I have commented in previous notes on the level of perfection to which President Tumelty brought this fine art at conference time. Her successor, it seems, needs practise. The parade of nodding heads on the NEC platform was more embarrassing than it was supportive. Also to note, Dave Lewis’ (National Treasurer) sense of style has gone out of the window, inveterate radical and ‘Res-pec’ faction leader, Rob Owen is getting plumper, and all the other conference delegates are getting younger. Very depressing!

I was too put off by the sweeping compromises made to the radicals and the unusually slow pace of debate (up to amendment 3 of 15 by 2:30pm) to stay to the bitter end, so left before the traffic around the West Midlands metropolis of Greater Birmingham got bad. I am informed by a comrade-in-arms from UEA that the motion passed, as expected. But it really was a Pyrrhic Victory. The will to make a real break with the past and start anew with NUS has gone, felled by that crucial 1% margin at National Conference last year. In all honesty, I have ceased to really care. I probably did get a little swept up with the heady momentum of promised, long awaited change last year, but I am now resolutely returned to my prior opinion that NUS is an utterly defunct, nasty, and unhealthy organism long past its sell-by date and ripe for everything short of execution and burial.

A vision of this very process was helpfully provided by Angus MacFarland, the President of NUS Australia who provided ‘fraternal greetings’. He looked like a reasonable person, but after a few sentences of his address at the start of conference, it became apparent he was merely another left-wing basket case. In some ways it is heartening to know some things never change – like NUS spending students’ money on flying other loony-lefties around the world and giving them free tours of the so-called ‘student movement’ in the UK (N.B. *THERE ISN’T ONE*). MacFarland spoke initially of the “outrage” that Australian students had been made to pay a little of their own tuition fees at university. Lord forbid that Australian students should pay for goods and services like everyone else! In MacFarland’s words “You had Margaret Thatcher, the US had Ronald Reagan, we had John Howard…[who led] a rampantly conservative and neo-liberal government.” He described these three like a triad of pure evil, nefariously pulling the strings of the ‘global system’ (which Marxists so love to theorise over) to the ruin and destruction of all civilisation. I personally take great pleasure from the knowledge that in a hundred years time Thatcher and Reagan will be remembered as two cold war warriors who defended the freedom of the west, threw out the rot of socialism at home, and defeated abroad the communist machine which had taken over 100 million human lives in the twentieth century. Soppy neo-leftists like Blair and Australian PM Kevin Rudd meanwhile will have as their only legacies meddling items of constitutional change and bloated, inefficient bureaucracies.

Most intriguingly, MacFarland spoke passionately about issue of ‘voluntary student unionism’. Legislation of this description was passed in Australia in the twilight years of the last Liberal Party government, changing Student Unions from ‘opt-out’ organisations which students much actively seek to leave if they so wish, to ‘opt-in’ ones which students must actively seek to join. This brought Australian student unionism into the 21st century, and in line with other forms of unionism, primarily in trade. Comparable legislation is desperately needed in the UK, where the vast majority of students are unwittingly members and tacit supporters of political bodies which often hold positions very much at odds with the majority. This, more than any constitutional change in the NUS itself, would herald a new era in student life.

MacFarland criticised the policy principally on the basis that it contravened the ‘collegiate’ atmosphere of university – that it negated the ‘collectivism’ and shared spirit of university life. This is a clear fallacy. Student unionism is perhaps the main barrier to collegiality, which flows not from divisive, politicised, disconnected, and amorphous student unions, but from relational bonds of scholarship, academic endeavour, and learning between all members of a college, whether student or lecturer, professor, or chancellor. Student unions are incarnations of opposition to, and headstrong rebellion against, natural order and constitute a distracting alternative focus of loyalty and belonging in university communities. I have long held this to be the case and was very pleased to hear from the incensed MacFarland that a third of Oz SUs went under in the first year of this legislation.

I have thought a little on how this legislation would be introduced in the UK and this seems a fitting place to expand on the matter. Clearly, we can learn from what seems to have been a bit of a bungled process in Australia. Firstly, universities could easily take over the administration and funding of student activities (clubs, societies, and so on), retaining, with the assent of both parties, most of the existing staff who currently work for SUs. In competitive arenas, students would play in teams and individually wholly for the honour of their university once again, not for the dubious prestige of their student union. Moreover, participation in college activities would be more freely available to other members of the community, further fostering the ideal of true collegiality. Second, colleges and universities could easily fulfil more commercial functions on campus, with bars and shops – perhaps retaining student boards or forums to oversee and advise on management issues. Third, for the sake of tradition and continuity, a directly elected student president could be retained by institutions, with a set index-linked pay from the university, whilst systems of course and faculty representation could seamlessly be taken entirely in-house. The abolition of de facto opt-out student unions would be complete. Students would be free, like all free people, to join unions should they so choose. Such optional unions would be the continuing members of the NUS, but would be much reduced in scale and purpose from their present overblown proportions, especially at the larger universities and would at last be truly representational, containing as members only those who have made a conscious decision to be party to them. Consequently, NUS’ income would be all but discontinued, forcing it to become a very different animal. It is possible that it would also gain competitors in a truly free market for effective national student representation.

Despite my…er…constructive criticism, I would still recommend NUS conference to those who want, for whatever reason, to observe rampant leftism at its very best. Truly, it is good for little else than as such a menagerie.

Can we launch a coup please?

Why are we wasting time and effort on this pish?