Cameron has finally hit the nail on the head this morning and offered a clear and precise narrative of Labour's failings on the economy and what the Conservatives would do about it. No more ridiculous ideas of matching Labour spending plans. Tory governments come to power at times of dire economic need and they a voted in to pick up the pieces left by Labour. It's what we do and hence why it has been so vital that we get our economic policy into gear. 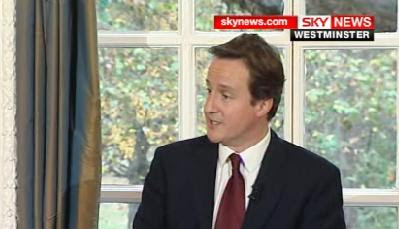 Following
this speech
the morning the airwaves and television stations have been flooded with tories and on crystal clear message.