An apology from Matt Lewis

The Matt Lewis story has gone nuclear and the BBC Six O'Clock news and Sky have both featured it. Third biggest story on the BBC, no doubt because it contains the word Tory: 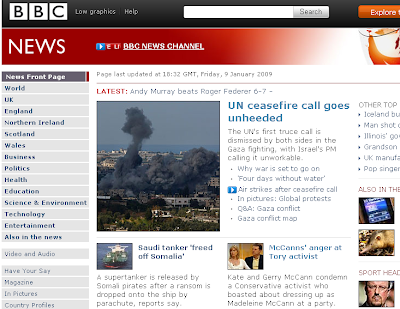 The PA wire is thankfully now carrying this apology from Matt Lewis:
"I unreservedly apologise to Mr and Mrs McCann for my actions. I completely regret my behaviour that night and since, and cannot express how sorry I am for the incredible hurt I have caused. Whilst my actions were not meant to be malicious, I fully understand the pain they have brought."
UPDATE:
This statement from CF Chairman Michael Rock has just been
released
:

"As you may know, a young member of Conservative Future has been expelled from the party today. We have also seen two other people expelled due to association with this incident.

The person concerned made a serious error of judgement, behaving in a completely unacceptable manner that was both shocking and offensive. There is clearly no place for this in the Party. We should all remember that actions have consequences. Representing the Party, at any level, is a privilege and a great responsibility. I know that he deeply regrets his behaviour, and especially regrets any hurt he has caused the McCann family.

It is important for us to remember, though, that the vast, vast majority of CF members give up their time and effort because they want to change this country for the better. The vital thing is for all of us to learn from this, draw a line under it and refocus our efforts on representing the values and ideas of our Party."

the tone and wording of the apology reminded me something (it took a while to zero on it.. until I remembered a movie that I had seen recently again). In "A fish named Wanda", it is the famous "apology" by John Cleese (while hanging from a high window, head down) to Otto (the psycho):

"I unreservedly.. I completely regret.. my behaviour... the pain I have caused". Of course, we do not laugh in this one.

But the final touch is the most revealing: "my actions were not meant to be malicious". You see, there was no "malice"... this is what is most frightening. "Evil without malice"; a symbol of the times.

"Third biggest story on the BBC, no doubt because it contains the word Tory:"
...and not because it concerns an act of mind-boggling stupidity that sought to make light of child abduction?

no doubt you are pleased with yourself over this one TB?

Better than the original BBC headline I suppose, which was something like "McCanns angry at Tory stunt"

Comes back to the point - since when have the McCanns any right to preach from the moral high ground of what is right & wrong?

Well, it certainly has raised his profile. And boosted your website traffic, so not all bad news..

And the comments from Daily Mail readers who have never been to uni displaying their prejudice is worth the price of admission alone.

I'm sure it will all blow over eventually - and he will have a bright future in politics - maybe as Party Chairman - not the first time they would have had a 'Gaffer' in charge - what was that guys name again ??

Say what you like about that Clarence Mitchell bloke, he is worth the money he's paid...

He has kept the McCann thing in column inches single-handedly for months.

If only he were working for David Cameron..

[p.s. - is this what they mean when they talk about a 'blue-on-blue' incident ?

"Evil without malice" is nothing new Anon 1934.

I think the Tory Bear charter of bringing accountability and a sense of humour to CF is well and truly fulfilled.

TB, everyone knew Matt Lewis was an absolute dickhead. You really didn't need to accidently cause a major PR disaster for the Party just to prove it.

A little thought in future maybe before you blog.

Should I be expelled from the Party for continuing to voice my deep-held opinion that the McCanns killed their child?

They'll get caught out sooner or later.

This guy has wiped out a promissing career in politics in one evening - no one will EVER take him seriously again...GOOD!

It is admittedly a pretty tasteless joke but it was plainly not intended to be communicated to the McCanns, he's made a full apology and after all who hasn't made a prat of himself at that age. Do you have to be a member of the Von Battenburg family in order to be forgiven? Does Ms. Spelman seriously believe that this is a worse offence than (say) stealing 22 grand of taxpayers' money to pay for your nanny and then lying about it?