+++Liberal Youth put a bit of stick about+++

TB just had the privilege of having a little chat with Liberal Youth Chairman Elaine Bagshaw to try get her to go on the record about the email leak and the ensuing depiction of her downfall. While she was remaining tight lipped, she did confirm what TB had been hearing in the last few days. Apparently they are taking this very seriously and a thorougher internal investigation is underway to find the source of the leak, (and no doubt to find the creator of the video!) Sources have confirmed that the members of the executive have been ordered by Elaine not to speak publicly, or comment, on the video. 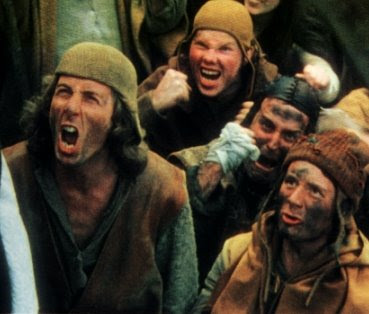 Elaine referred TB to the
Liberal Youth constitution
to find out exactly what this investigation will entail. A riveting read it may be, it does however fail to include any specific details of how the witch-hunt is being run. Lucky then dear readers, that Tory Bear has eyes and ears everywhere. Elaine and her close allies on the exec are the ones leading the investigation, arguably opening up all sorts of conflicts of interests, given that she is currently a candidate in the on going elections. The Cowley Street IT unit has apparently been on the case too. TB is awaiting the developments to come to a head, but they seem to be heading that way with the Executive, on Elaine's prompting, today apparently voting on whether to suspend one of their own.

TB is working on finding out who it is, but you'll read it here first.

Again, wrong wrong wrong. Elaine was working on Friday, and then travelling to Scotland. All this libel could get you into a lot of trouble sir...

It's spot on, according to my sources.

It's also difficult to sur for libel for a story about Elaine Bagshaw, when the main source of that story is...Elaine Bagshaw. All the post does is repeat the contents of Tory Bear's conversation with her.