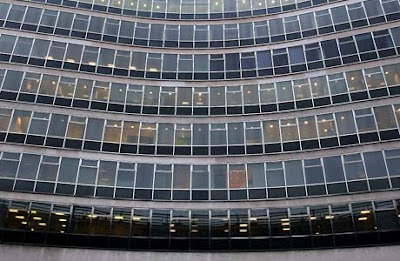 Given that the Conservative Future executive are currently deliberating over the co-option of three new members in the run up to the election, TB got a thinking...

Apparently the response to the recruitment drive has been top notch with the current Exec having a wealth of candidates to choose from for the three new roles. This is all in spite of it being a completely unpaid position, without provision for as much as a train fare. Both Labour and the Liberal Democrats have paid up staffers running their youth operations, but not the Tories...

And now it seems so
do the Greens
:

The Young Greens are recruiting a new Co-ordinator. The post is 7 hours per week to be carried our over 1 full day or 2 half days and is based in North London at Green Party head office plus occasional travel/weekends away in the UK. You will be line managed by Young Greens' Chairs and Green Party Head of Office. Salary pro rata is c.£17,500.

This is ridiculous. The Conservatives cannot simply rely on the momentum behind them in order to run and recruit to its youth movement. Yes of course this helps, but at the end of the day, deep down, everyone knows that Conservative Future could be a much greater machine and aid the main party to a much, much greater extent.

When what is essentially a pressure group with lofty ideas of grandeur can afford to have a paid youth staffer, then surely the party that is set to form the next government, with the most money coming in, must concede that there is some merit to the idea?

As long as the polls are the way they are, the party has no need to fund us. They know CFers enjoy the work they do and this is 'reward enough'... apparently.

The circumstances surrounding the administration of Conservative Future have been nothing short of shambolic for some considerable time now. When was the last time the exec provided any substantial feedback on its activities? Is Christian May even still CF Deputy Chairman? What have Patrick, Adele and the other ones whose names escape my memory right now done of late? How many national campaign days have been organised in the last 3 months? How on earth are the reforms getting on? And how on earth can the Conservative Party ever hope to once again have a world class, and useful, youth wing when it fails to recognise its importance by refusing to make any provisions to recruit paid members of staff.

CF is an embarrassment to the party…but the party are also an embarrassment to all young adults under 30 who are either desperate to get more involved if the infrastructure was in place, or who would love to be involved but find themselves unable to be so and there is no organisation to recruit and retain them in.

One day, somebody with an once of intelligence will find themselves realising just how important CF is to the survival and electoral prosperity of the Conservative Party in years to come. Until that time comes, we will be stuck with the second rate, sorry excuse for a youth wing we have today.

As always TB spot on. I actualy thought about aplying for the comms/media role, that was untill I got to the bottom of the job spec and it said it was unpaid, og how I laughed. CF will only get the best people if they pay. I'm not blowing my own trumpet, but I'm better than anyone they will get for free.

Oh well, their loss I guess, but this is something they realy need to get sorted out.

We have 2 CCHQ staffers assigned to CF

I agree with you up to a point. Who knows what's going on at the top anymore, and who knows ought about what difference the reforms have made. Also, you're right- we certainly need more major national campaign days.

However, some people are still on the ground week after week it seems, doing a fantastic job for CF. CF is not the embarrassment, it's the lack of organisation behind the organisation which is unsound. This is also not really the fault of the National Exec. These people do this job on a voluntary basis and it's not always possible to work for free for 8 hours a day.

Patrick Sullivan, of Sullivan's Diary fame: https://sullivansdiary.blogspot.com
is one of those campaigning behemoths. He's always out, as are London CF (check their site) and need to be shown some appreciation.

Agree with your last paragraph verbatim.

Croydon, Tooting, Eltham, Sutton, Maidstone, Burton, Richmond etc have all be hit with major campaign days, many twice. Patrick Sullivan has attended and managed many of these campaign days and many would argue he has done more work in the last few months than the entire executive put together.

Owen – If that is true then we really are in more trouble then I first feared!

I do accept the points raised by other posters on here about the commendable work being down locally across the country by CF’s scores of proficient activists. The Labour Party and the Liberal Democrats would kill to have the electioneering capacity and potential we have and I would never for one moment seek to undermine such vital efforts. I also note the existence of Sullivan’s Diary; a website I have hitherto been unaware of, but that I will check out later on to see what the old fellow has been up to.

In many respects, CF is an organisation of lions led by donkeys (leaving aside the decent efforts put in on the website of late). CF requires a greater investment of time and resources from the party if it is to become the organisation so many in the Conservative Party seemingly fail to recognise it needs to be. It also desperately needs an internal election to not only remove the deadwood from the Exec, but also to instigate a real debate on where we are and where we should be. And the parameters of that debate should move beyond trotting out clichéd nonsense that are never acted upon, such as better communication and accountability.

The Cameron rejuvenation of the Conservative Party represents the best opportunity to build a successful young conservative movement we have had since 1945. We must ensure we do not fluff this golden chance; otherwise we could end up like the Labour Party cica 2009 in 10 years time.

What exactly do conservative future and the like do?
That say, you dont do?
Much better

I dont need CF to help me campaign, I already know the local Tories, we go to ward branch meetings and email each other, if one of us wants to run something, we do, if others want to help, we do.

I think CF fell apart after last year's party conference to be honest with you. There was that big arguement between them over hotels, some stayed in the Hyatt, others slept in/with A Hilton. Things have never been the same since.

The whole point of the reforms was to devolde power to local areas, it's then up to those areas to organise campaign days. There isn't any point in organising national campaign days, it's not cost effective and a waste of time. London cf have organised lots of campaign days so far, with many more to come. The party does appreciate cf hence the two staffers helping us with freshers etc at cchq. We're not god's gifts on earth, we're mere soldiers, kids really who are here to deliver leaflets and campaign. We're not policy makers, and the mark of us doing well is keeping out of headlines. So far so good really so keep up the good work everyone. The leadership have been as light as a feather, just the way I would hope to see a government.

Liberal Youth don't actually have a staffer - He resigned in April to get a job where his line-manager actually knew what his job involved.

The esteemed chair has not got round to replacing him yet and now wants to put herself on the payroll instead.