Keep Right Online have taken an extremely blunt axe to the Guardian story TB wrote about this morning.

this edit
by an anonymous, unregistered user, which removed an accusation that Kaminski was a member of the National Revival of Poland. The problem is that said edit was actually Wikipedia policy, under the very strict policy towards
b
iographies of living people
, which require sources for all controversial issues to avoid libelling the subject. The statement was unsourced, and, thus, to quote Wikipedia policy, ’should be removed immediately and without waiting for discussion’. An anonymous user followed Wikipedia policy: what a scandal!

So, in the short, the Observer thinks the Conservatives have appointed two people to whitewash Kaminski’s page, despite those two editors doing nothing except undoing each other’s work. Please, not even CCHQ is that hapless. And, what’s more, there are now five paragraphs in the Wikipedia article now dedicated to the accusations against him! If anything, the Observer’s been trying to blackwash Kaminski’s reputation from day one, and this is just another desperate attempt at that.

And so lets leave it at that shall we.


PS. For those who read Non Story Part One: 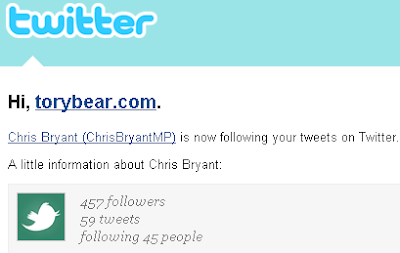