Things Can Only Get Better

As TB drove down the Mall today in a cab, it wasn't exactly the dawn of the new age he quite wanted, but a new dawn none the less. Last night was a strange one, so many gains but some really painful loses. It's a real shame that the incoming government won't be served by Mark Clarke in Tooting, Shaun Bailey in Hammersmith, and Peter Lyburn in Perth and North Perthshire, TB is sure we have not heard the last of these guys. Those seats have been pounded hard for years by these excellent candidates and it was painful that they just missed out. Though it has to be said, there is no love lost that the demons finally got Phillipa Stroud. Overall, with one hundred gains it was a almost complete victory for Cameron. Funny that the left weren't spinning that 36% of the vote wasn't enough when Blair failed to even get that. 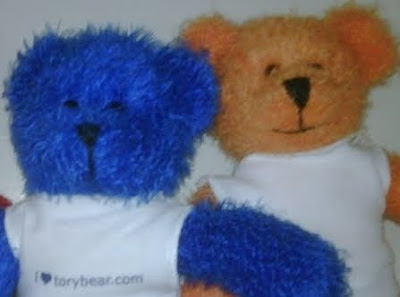 So where do we go from here? Well it is right that the electoral system needs reforming. The only person to have a worse night than Gordon Brown was Nick Clegg. For all the hype, he managed to take his party backwards. Yet, he is on the brink of bring his party their first taste of power nearly a century. The Liberal Democrat activists would be churlish and plain stupid to reject this extremely generous offer to a minor party and the idea that some of them are still pushing that they could get into bed with Labour looks more and more like a joke every second. For Clegg to get the Home Office on his poor result last night would be a stunning achievement for him. Sorry Vince but it ain't gonna happen.

And so if it has to be coalition then so be it, but first on the agenda must be electoral reform - resizing of all constituencies - for fairness and a downsizing of Parliament - for fairness.  Civil liberties, education reform, tax cuts. Does it sound so dreadful!?

Clegg and Cameron finally ganged up to put the final nail into Gordon's coffin and with Cameron confirming that even if the yellow/blue talks he will be attempt a minority government. Gordon can cling on to the end of the weekend but what ever happened to a little dignity in his great office. He should just get in the car, get out the way and let what is going to happen on Monday happen today for the sake of the UK's financial security.

No doubt the post mortems will continue and TB has a lot to say on last night and will over the weekend and after a decent sleep. This could get very messy, but TB
concurs with Guido
. This is a rare change to destroy the Labour Party not only at the ballot box like last night, but forever. Let's get on it with it.

P.S. Just remembered like one of those awful drunken cold sweat flashbacks - damn we were close to getting Balls.Calvert 2010 might just have to wait until October.

The Fall 2010 election looks likely. Hope you'll be having an election party then, will be happy to join this time.

I have mixed feelings. My gut instincts is a LibLab coalition forced on the LDs by the nutroots, which would be catastrophic but cause support among anyone not in the Grassroots to evaporate and resulting in their crash in the next election - but they got what they wanted. At the same time, the leadership is a lot more pragmatic and sensible than the grassroots and will try and go with the Tories, but this needs either 3/4ers or 2/3rds (I forgot which) of party support. Are they going to jump into bed with the Tories? Are they hell.

So, my two estimations for the result: a LibLab coalition which will result in a gerrymandered PR system and lock the Conservatives out forever regardless of the LDs death in an election a few years down the line or a constitutional crisis and an election within the month. Nightmare or nightmare.

2 million more people voted tory than any other party

Meanwhile the tories are defeated by welsh and scottish votes - the welsh and scots allowed to vote on English matters but not the other way around.

The tail is wagging the dog and it cannot go on. I hate to break up the UK but English parliament seems the fairest option.

Otherwise please explain that a party getting 2 million more votes than it's nearest rival has to share power - a complete and utter travesty.

Please please please, I've been waiting all day, please get into the Tory majority in England. Never has the west lothian question been more pertinent.