Apologies for the radio silence, TB has been nursing his aching limbs and battered paws this morning after last night's blog wars. What better way to see off the pain than a lunch with right-wing bloggers. A little too easily, they shook of their independence and gathered in the central lobby for a rather tasty session. CCHQ's online team and a few others, plus several of the top right-wing blogger types and twitterati got together for some game pie and as 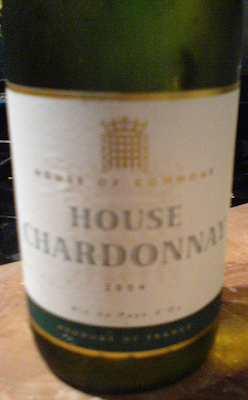 Jeremy Hunt was keen to chat through the state of the current British blogosphere, what the Tories can learn from the US, and some err interesting ideas about how the righties online will progress after the next election if the Tories are in power. TB wonders whether such an optimistic outlook on how long the bloggers will toe the line is really realistic. On an aside Henry Macrory is seemingly a very modest chap as he failed to mention it was his birthday. Happy belated Birthday.

It was a session well worth having. While Labour bloggers and tweeters take their lines from Victoria Street, and if they are really lucky Downing Street, the organic growth of the right-wing blogosphere has meant it has been a much more disjointed growth. It was very useful to sit down for a rare and constructive chat. The closest the bloggers have come until now was Shane Greer's wedding.
TB is also rather chuffed with the miniature sellotape dispenser he got in his cracker, but that's beside the point.