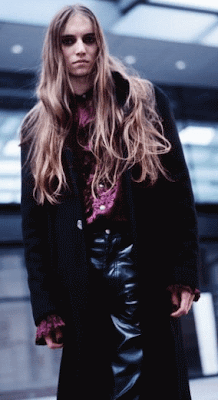 City of London and Westminster's CF chairman and co-editor of
The Young Conservative
blog has had quite a go at Tory Bear in his interview with the weekly
YBF activist profiling
. Ed Hallam claims that the likes of TB don't back up their stories with fact or proof and are a danger to the whole movement blah blah.

TB would like to counter this however and asks Ed exactly which story on this blog "isn’t backed up supporting evidence - it’s conjecture and, at times, verges on libel"? TB considers these things before he publishes stories, because lets face it this blog is not anonymous and can confidently say that everything published on here would stand up in court. He claims that TB etc put people off joining the party but Tory Bear knows this to be bullshit, this blog has been read by over 35,ooo people across the country and some of those people have got in touch to say tb.com has heightened the interest in the movement. CF needs a critical friend from time to time and people need to be shown that we are not just a movement of desperate, ambitious, jumped up young hacks and some of us have a sense of humour. Yes TB is sure it can be embarrassing to be caught or called out for dubious behaviour but he's glad that Ed has realised that if you can't beat them, join them...

The Young Conservative can be an interesting read and TB is sure that it will develop soon to more than regurgitation of CF press releases...