TB handed in his dissertation at noon. 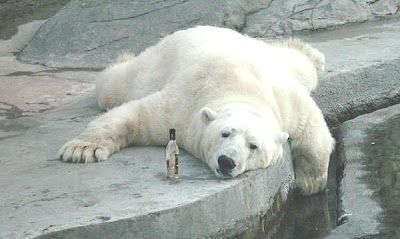 Back at the weekend.

Putting the social into socialism...

Get your tickets
here
.

On Behalf on the team I would like to give our reaction to the recent post regarding the ‘responsible drinking campaign’. What a complete and utter joke.

It was not long ago that both you and I were at school and went to lessons entitled PSHE (Personal, Social, Health, Education) where we were taught about responsible drinking from the early days of secondary school. This to me is more than enough to make young people understand the dangers of binge drinking and allows them to make decisions after this education.

I am also rather annoyed, as are some of the student life team that we were not consulted on this issue/idea in anyway. Then again if I have learnt one thing about some members of this NME in the last two weeks, it is that it does what it wants, regardless of the membership view. I am of course referring to the reforms, but that’s for another letter.

We as the Conservative Party need to be getting into these schools and selling our message, not preaching to young people about what they should and shouldn’t do. Conservatives want to give young people more control over their lives, not attempt to control them completely.

Also I think it rather looks down on young people. Most young people understand the dangers and do not go out and binge drinking. Most young people drink in moderation and are sensible. So this idea once again is targeted at that small minority that don’t understand and I some cases just don’t care. This Labour Government punish and attempt to control to many of those good honest young people, when they need to really be looking at way of tackling anti-social behaviour.

Conservative Future in schools needs to be going to School Councils and Citizenship classes with our PPC, MPs and Councillors and selling the Conservatives message. Encouraging young people to vote when they turn 18. Let them know that the Conservative party is on their side, not against them.

Most young people do not connect with Politicians they don’t understand them or feel that they are in touch with the issues that are important to them. We need listen to our young people not preach, they are fed up of that!

It is time to stand up and listen to young peoples views before we preach to them. Yes it is important to make people aware of the dangers, but we need to win their trust before they listen to us.

It is time to listen and let young people make their decisions. Moderate control not complete!

P.S. – I feel its is only fair to inform you that I was one who talked to *****(Tory Bear) about this last night. I was told about this in my role as VC for Schools by Patrick. It was in confidence but I felt that this was an important issue that needed to be brought to CFs attention. Not hidden away like some thing have been in recent weeks. So you can stop your Witch Hunt on this one!

P.S.S. – While I am taking up your time. I would like you know that Hillingdon CF is holding it AGM tomorrow and will be having it own vote on these reforms. Once we know the results (which I expect to be against) we will discuss the next step and actions. My branch will be taking a lead to get more branches to ballot its membership on this issue and present the results to you."

You gotta fight for your right to party.

A fairly self indulgent posting...

Whatever happens at the NME meeting tomorrow people have to keep sight of the bigger issues here. If we devoted half the energy and time spent whipping up things up in to frenzy over reforms to campaigning, Conservative Future would be unstoppable.

Yes these reforms may not pass, we'll just have to wait and see but in the mean time lets not lose focus on the ultimate goal. Sticking to Labour where it hurts.

Another busy weekend for TB so blogging will be light. There will be a full round of whatever happens when TB knows and has a minute to jot it all down.

Tickets will be available for TB's party at the Disraeli Club drinks thing tonight. Intensive media training tomorrow and then a 21st somewhere three hours train ride away in the middle of nowhere... three weekends in a row.

TB doesn't want to think about his liver...

Blue Guerilla released back into the wild...

It's been five days now since his last posting so TB thought he would investigate. "Ha. Iv been on a 5day bender mate!" was the blunt response... He still found time to comment on here it seems. Though there are few details of what this bender has consisted of, he is clearly away from his desk!
This was the last sighting reportedly from 2 AM Friday night: 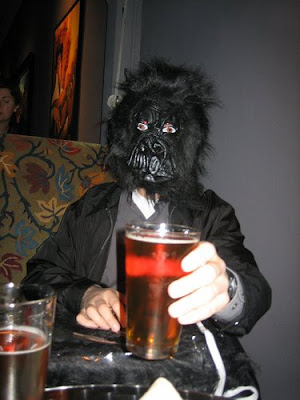 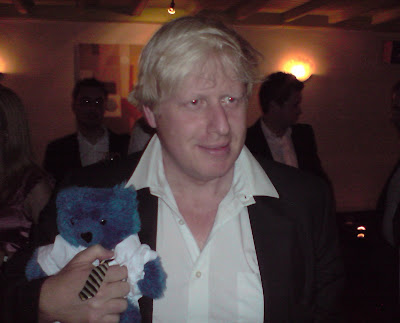 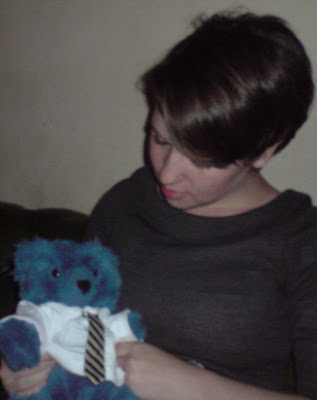 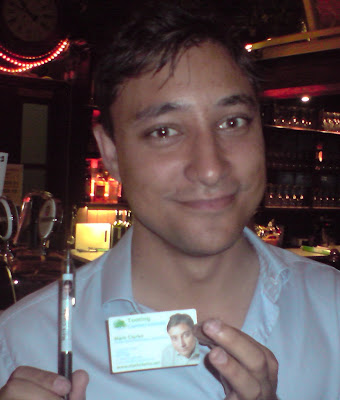 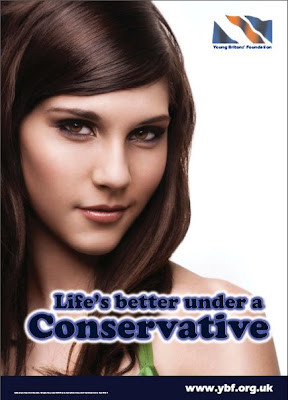 Don't forget to get your tickets for the YBF summer party that is being held at Mahiki next Wednesday. Have a feeling this is going to be a good one... TB will be there... So you better all behave. Somehow I don't think that is going to happen.
All the details can be found
here

Night out in Mahiki for a tenner?