The Boy did good. 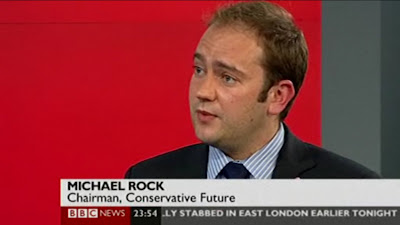 Up against Labour PPC Chuka Umuna (Streatham) Michael David Rock held his own and did CF proud.

Well done to whichever idiot BBC hack decided that Britain's largest youth political movement was called "Conservative Futures" as the the News24 banner referred to us as until halfway through the program.

TB phoned News24 to inform them of their error but was transferred to OffCom, sorry where exactly does the licence fee go?

any one else still up waiting for the Davis result?

And I wasn't stabbed in East London tonight, btw....