May the battle commence...

There are 17 people in the blogsphere who matter and

Derek Draper
isn't one of them. A while back there was talk of Mandy's former assistant and lobbying sleazebag-in-chief leading
Labour's assault
against the right-wing bloggers. Well Tory Bear can't help but think this assault might well have begun. There was talk
this week
of a meeting of Draper's attack squad that included some lefty bloggers. 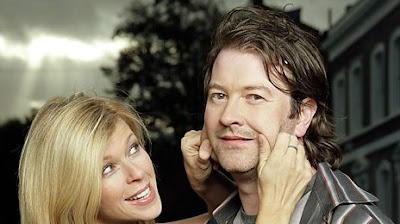 The papers today were full of little snippets from comments left on
ConservativeHome
, especially in the Mail's piece on George Osborne (which sadly isn't available online.) TB couldn't help notice a certain Tory hater used exactly the same quote from ConHome on
his blog
yesterday-

Is there some sort of Labour press officer pushing this quote around in the last 24 hours?

Is the Draper attack team up and running?

The crap Conservative and Unionist attack blog, hosted at
toryparty.net
emerged in late September at exactly the same time it emerged that disgraced Draper was being bought back. Whoever is behind it seems to be very good at picking up irrelevant stories from minor local papers - just the sort of thing the Labour party press office would have to monitor.

Of course this is all speculation on the part of Tory Bear but he wouldn't be the least bit surprised if the toryparty.net blog was linked to this supposed fightback by Labour on the blogsphere. Have a read of it for yourself and see if you agree, it just doesn't flow like an independent and free-thinking blogger but instead reads as the work of someone having a party line whispered in their ear.

Only time will tell, but TB is confident that the first shots of the Labour blog coup may well have been fired this week.

Labels: blogging about blogging, L is for Labour

Wish I'd thought of that opening line. Will have to steal it.

Draper's a waste of space