Never a man to mince his words...

TB wants to kick start the debate about Conservative Future and the roll it should play within the NUS. Further to some NUS conference fall out last week, this post by

Donal Blaney
deserves reproducing in full, as a right-of-reply from those who feel the NUS should be avoided like the plague:

"The National Union of Students: A memorandum to Conservative Future: 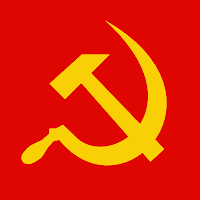 Word reaches me that the perennial chestnut of engagement or disengagement with the National Union of Students is being earnestly discussed by the Conservative Future National Management Executive. While the majority of CF activists nationwide want little, if anything, to do with the NUS there remains a handful of misguided NUSophiles who seem to think that it is in CF's - and the Conservative Party's - interests to spend time, money and effort on attempting to wrest control of the NUS from the hands of ideologically driven leftists.

The NUS is, to most students, an expensive irrelevance. It is a playground for those who seek aggrandisement and who wish to pontificate on national and international affairs on behalf of hundreds of thousands of disinterested and apathetic students in whose name they purport to speak.

Rather than focusing their efforts on fighting (and in all probability losing) NUS elections in the Spring, it would surely make far more sense for CF activists on our campuses to focus on taking power in their own students' unions and using that position to deliver real and valuable change to their fellow students. Many universities are, of course, in key marginal constituencies. Were overtly Conservative sabbaticals and officers to manage their own students' unions effectively and on budget, the Conservative Party stands to reap the rewards locally and nationally.

Those who bleat that by engaging with the NUS they might change its direction and worldview are as deluded as Europhiles who think that by placing Britain at "the heart of Europe" we will somehow reverse the inexorable tide of EU federalism. History shows this to be a false hope. The comparisons between the NUS and the EU are stark. The same cry that Eurosceptics shout should likewise be shouted from the rooftops of every campus of every university that has the misfortune of still being affiliated to the bloated, politically correct and rabid NUS...

If you feel you have something to say on the matter then send Tory Bear 3-400 words and you might just see it here.