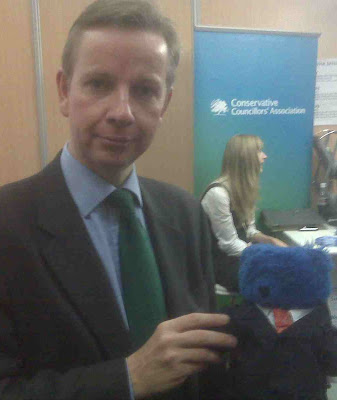 The Spectator
argue that the Telegraph might have jumped the gun with Michael Gove:

I know defending MPs is a hard sell right now, but Michael Gove seems to be getting an unfair rap in the coverage. He is under fire for having flipped his second home designation but he did so because he moved homes. In other words, the property that was his second home genuinely changed.

Gove discussed this in an interview with Fraser (he’ll have more on this soon) how he initially tried to live in his constituency full time and then found that simply was not possible with his work and family commitments so moved back to London. He has not sold any properties he brought with taxpayer-supported loans or anything like that so this strikes me as quite different from most of the other cases of flipping.

There was word out earlier in the afternoon that Gove was consulting lawyers and in light of this, that would figure. Gove is one of the brightest stars of the 2005 intake and his quick rise has reflected this. No doubt there is some deadwood in all the parties who have been lining their pockets for years, but Gove is an astute and extremely clever journalist/politician and TB was very surprised when his name was first mentioned today. It was odd to think he could have been so stupid or dishonest to attempt to con the taxpayer.

This reporting
by the Spectator seemingly vindicates Mr Gove. Yet more distance from Cameron's inner circle. Something that cannot be said for Brown.

So his nights at the Garrick are not a problem for you?