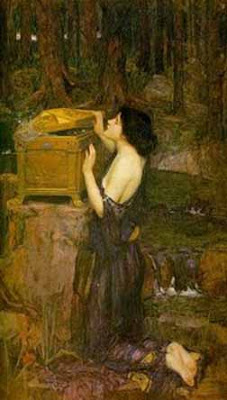 TB is back from the library and was just settling down to Sky News and some steak only to be greeted by bloody Sportsline. Arrrgh.

Well the
Telegraph
has well and truly blown the lid off Pandora's box. The Tories are now feeling the heat. TB isn't about to defend the indefensible, but, so far, it seems Cameron is clean. Would he really have just gone on TV if he was going to get done over tomorrow and not mention it?

This country is crying out for change and it is a shame that quite so many Shadow Cabinet faces have been drawn into this. Did no one ever stop to think, my god these receipts might one day see the light of day? People have been campaigning to see these receipts for nearly the entire length of this Parliament. Was that not enough of a give away that lining the pockets might not be acceptable?

No doubt the next couple of days will be hard for the Conservatives and the entire political bubble in this country is going to come under attack, but from the Telegraph's first edition it doesn't seem that the tories have been quite as brazen as their government equivalents. This is beside the point though. If any one of these allegations had come to light on an individual basis there would have been resignations, however the MPs are in a pack and there is safety in numbers. The fact that "they are all at it" so to speak, might mean that the worst of the troughers will survive in the short term. But within the year they will be tried and found wanton by about 65,0000 of their peers.

Calls for Parliament to be dissolved over this issue are growing and TB is ready to add his voice to this. It's the only way that the people can truly express their feelings about this issue and every single MPs expenses should be published, right now, and then their constituents should be allowed to decide the fate of their member.

Wonder what the Palace makes of all this? Time for the Queen to use her royal prerogative perhaps?

Cameron is not clean,he is the leader of the conservatives and not only has this been going on under his gaze,he has done nothing to stop it.

By allowing the worst offenders to carry on as normal he is proving those right who say he is not fit for the leadership,let alone the office of Prime Minister.

His appearance earlier on television was dire,he managed to look exactly like the Tony Blair light character that many have accused him of being.

So he is 'sorry' is he?And his solution is to go along with the HoC policy of bringing in independant auditors to make sure that his MP's are not ripping off the taxpayer?And all this for the bargain price of another 600k of taxpayers money?

"Done nothing"? Tell that to Derek Conway.

A whip who was ripping off the taxpayer for three years before being found out and stinging Cameron into action due to the unfortunate press coverage.

The man is possessed of almost cat like reactions.

Only way to regain this would be to announce that he "expects all local selection committees to make their own decisions, and that if someone has breached the trust of the electorate they should not be reselected to represent that seat"

One MP even claimed for Poppy Day wreath ...

They should all have the same amount as a single person on the dole gets for any extras .. see how far it gets them lol

How interesitng that as a Labour supporter, Insert Coin Here, should choose that particular name.

Just a reminder of the real story (for insert Coin Here)