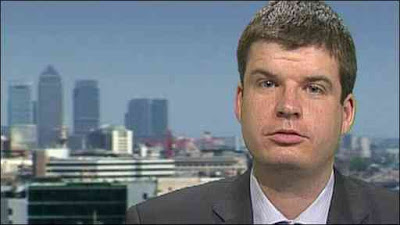 Chris Galley, the Home Office mole arrested along side Damian Green isn't likely to get his DNA off the system anytime soon. Chris was arrested and interrogated like a terror suspect and was held at an RAF base. He is still waiting to get his ipod back...

'This is a small but significant victory for freedom, but it is only a first step'

Some of you may know me as the former civil servant who helped Damian Green expose the endemic failings in the immigration system for which I had my DNA taken and incredibly my footprints taken as well. I can honestly say that that although the weft of the Home Office carpet was comfortable I was never tempted to walk around barefoot!

Both our DNA samples and a large amount of our personal property have been stored since last November until the case was thankfully thrown out in April. In a rare victory the police have told Mr Green that he meets the 'exceptional' circumstances whereby a DNA sample can be destroyed. This normally amounts to 500 samples a year out of 850,000 innocent people on the DNA database including many juveniles. According to the Daily Mail the Metropolitan police has only destroyed 31 DNA samples in the last year. Having contacted Helen Wallace of
Genewatch UK
this morning regarding destroying my own DNA sample I was told the chances were basically nil. The only real action I can take is a letter writing campaign against Sir Paul Stephenson's office or go down the legal route which would probably lead to bankruptcy. I would like to know what an exceptional circumstance is so that I can be released from the database along with the other 850,000 people.

I have written to the Metropolitan Police today asking for my DNA to be removed and I don't expect to be treated as an exceptional circumstance neither did Mr Green. He had to endure another lengthy legal fight to remove himself from the tentacles of Big Brother to prove that it is possible. For the disgraced hierarchy at the Metropolitan Police removing Mr Green DNA from the database seems to be an olive branch to him for targeting an innocent man for doing his job and possibly someone who could be their boss come the next election.

I can just imagine the draft being prepared already by one of the police officers who is even too unfit to stand outside parliament: Dear Mr Galley, Due to orders from the former Home Secretary Jackboots you are to be transported to Siberia henceforth....via RAF Uxbridge.

Chris Galley is now the Research Director of the
Sunlight Centre for Open Politics
. You can donate to their private prosecution of Jacqui Smith
here
.