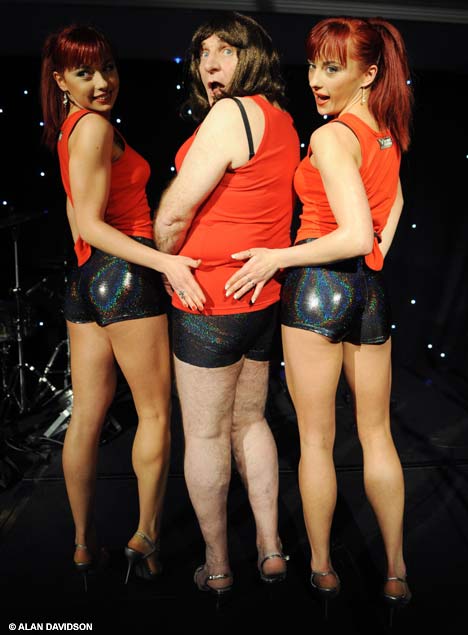 It is a truth universally acknowledged that Stephen Pound is a foul mouthed bruiser. You should have heard him at the otherwise serene
Parliamentary Pancake race
. So what a
surprise
:

The recently re-elected Labour politician is said to have made the homophobic remark when his football team, Fulham, failed to overcome rivals Arsenal during a game at the Emirates Stadium in North London, last weekend.

The 61-year-old was heard making a string of offensive remarks whilst ranting from his £35,000-a-year executive box."

That picture has made me feel very, very ill.

If someone had some evidence (recording, video etc) and it found its way to the police it might be amusing.

Maybe the MP recall law could be made retrospective to the start of this parliament! Then the people could speak - "the bastards"

never though id agree with a Lab, but Campbell is a fairy.

You must admit that he's right about Sol Campbell, though.

The silence from Bradshaw, Summerskill and the rest of the identity politics brigade (gay wing) is indeed deafening. Rampaging hypocrites, the lot of them.

TB - you're making a mountain out of a molehill over this. 'Fairy', phht! I'm much more concerned that Mr Pound doesn't make a habit of wearing high heels given the state of those varicose veins.

Until now, I didn't realise that men could have cellulite.

HIS football team Fulham played at the Emirates Stadium, and he watched from HIS £35,000 a year executive box? At the Emirates? Come come, sitting in it at one match, presumably at somebody else's invitation, doesn't make it "his".