A Win Win Situation, Sort Of

Given Obama seems to have enough problems trying to fix a hole, who knows how he will react if North Korea shell Seoul. Tomorrow evening

Intelligence2
in collaboration with BBC World News will be hosting a debate at the Methodist Hall. "Obama’s foreign policy is a gift to his enemies" could get pretty heated.

Speakers for the motion are:

General Jack Keane
Retired four-star general, former
Vice Chief of Staff of the US Army
and a key strategist in Iraq.

Con Coughlin
Executive foreign editor of the
Telegraph and expert on the Middle
East and Islamic terrorism.

It will be chaired by Zeinab Badawi one of the  BBC World News presenters. Full details about the event can be found
here
. 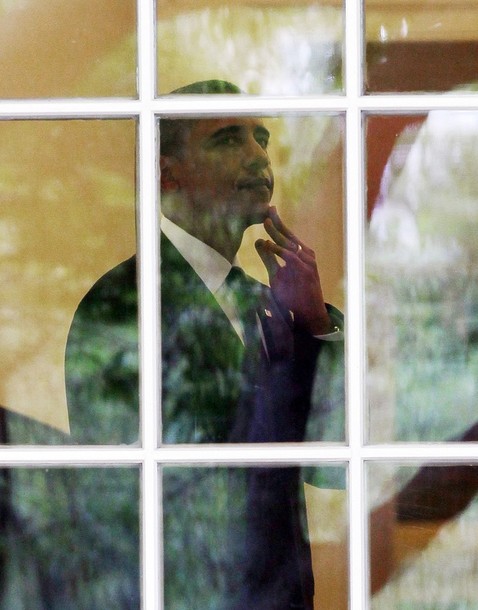 TB has a couple of tickets worth £50 up for grabs for the wittiest person who tells us before tomorrow lunchtime what POTUS is thinking...

wonder if we could stop the leak with a North Korean Torpedo?

"Shame I have that douche Schama defending me. If only it was Professor Gates."

Hhmmm, I wonder if I should grow a beard so when Denzel Washington plays me in a film I will look more interesting...?

"Is that a perfectly square piece of dirt on the window?"

look! I can make a shadow of a peacock on the wall.

"Even if North Korea shells Seoul, or worse, I am just so screwed in the midterms."

Man, I am so stoned, right now.

Thank God they don't call me KitKat. Just having four fingers an' all

If Gilette really is the best a man can get...