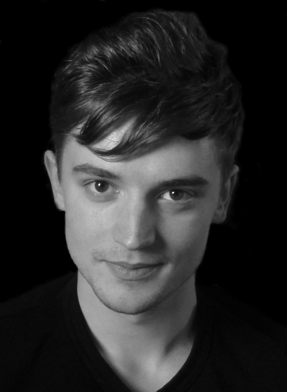 Anyone who has known Sam Coates for the last couple of years knows that he has had one of the most exciting jobs going for a young, ambitious tory. Being Deputy Editor of
ConservativeHome
gives you influence way beyond most 22 year olds. As TB reported the other day Mr Coates has jumped from one position of power to another and in doing so has left a much coveted opening over at Con Home. They are now opening up the application process to anyone who meets their
credentials
and thinks they are up for the job... Will be a fantastic job for whoever gets it.

This also made TB laugh. A sound application: 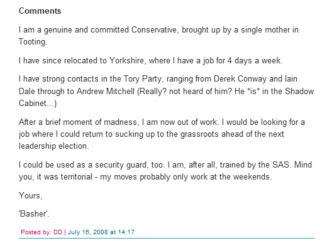