Offcially the creation of the new Regional Coordinators is a landmark in "the development of Conservative Future, which will deliver a far more responsive structure for all CF members.

We are Conservatives and localism is a key part of our ideology. The appointment of Regional Chairmen is key to this change. These people will work to improve the organisation in their regions, focusing on local branches and local activities."

However it seems this email shows just how difficult this interim period of introducing the RC's nationwide will be. It came late last night from a member who wishes to remain anonymous:

"I may have slipped into a coma at some point, but what exactly are these regional coordinators going to do differently to what was in place before? I'd get the odd hurried message from the area chairman (Chairperson?)  organising at the last minute a canvasing day through Facebook on the opposite side of the county and watch as he got narked that noone turned up. Will this new system be any different? Have we found the silver bullet?

I'm also rather surprised as to it being one person's job to coordinate activities over such a geographically vast area like the North West, North East, North Wales (which I grew up in), and South Wales. Transport at county level in quite an ordeal over this way (it takes twice as long for example to go from Holyhead to Aberystwyth than it does from Holyhead to Chester, and that's assuming you go by car, don't whatever you do mention trains). Will the general membership be expected to pay for these new RCs to travel from one end of their areas to another to coordinate us? Or will the RCs be expected to pay for it themselves?

I suspect in the end that the whole thing will end up as a Facebook group, with some hastily arranged event thrown up every now and again when one of the RCs gets picked up on for having done nothing on sites such as yours.

I don't really know what the answer is tbh, and I'm not privy to the NME thinking behind this decision. It strikes me as being another "bright idea" from London, but that could be that northern chip on my shoulder.  Perhaps it would have been better to have instituted a mechanism to hold ACs and NME members to account? I know, I know, a pipe dream...

The overall impression I get is that this just gives credence to Sir Humphrey's line "politicians like activity, it's their substitute for achievement". We'll no doubt are a flurry of activity to begin with, followed by the inevitable slide back to where we are bow, carrying on as if nothing has changed.

Which I suppose it hasn't, if you think about it."

We shall see eh?

Back to the Future...

It seems it wasn't just TB who had a busy weekend of working hard and playing hard. After the carnage of the Exeter Ball on Friday night it was straight back to work for the great and good of Conservative Future. After weeks of bashing out the selections for Regional Coordinators the list is set to be announced tomorrow. Seems the security around the final names is very tight though word from the South East is that the  speculation about Ranil Jayawardena being chosen will be confirmed. 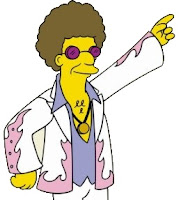 As for Tory Bear? Well he was campaigning hard in Perth yesterday and then a classic Saturday night out. Been a while since he has hit to town properly and couldn't help notice... is disco back? Seems to be everywhere again and TB can't help but ask, is this country returning to the 1970's?
There is nationalisation left right and centre. We are in a recession and are over-taxed. We have a useless, chaotic and failing Labour government and disco is playing on a Saturday night.
Is this 1978?

Exclusive: News from the regions.

The announcement of the new Conservative Future regional coordinators has been delayed and the executive won't give anyone a squeak about who is on the exclusive list. However that doesn't seem to have stopped the whispers at the grassroots of who has been approached reaching TBHQ. Although there has been no official confirmation from any one on the NME or the Chairman, there is nothing like a sniff of a promotion to put the cat amongst the pigeons at a grass root level. People do love to gossip don't they...

So far Tory Bear has heard that the following candidates have been approached and apparently have accepted their new role as RC's:

James Morton for Devon and Cornwall. As previously reported after he was overheard talking about it.

Jimmy McCloughlin for West Midlands. Will the chief whips son put a bit of stick about CF?

Paul Rogers for Wales. Is there anyone else?

There are also rumours around yet to be confirmed about Sonia Chohan being approached to take on Eastern England. Apparently former NME member (under Clarke,) Ranil Jayawardena is in line to take the South East.

Dammit that was the region TB wanted.

The CF press release after the last meeting confirmed that Regional Coordinators would be in place by 1st December. No reference to how they were being selected or how to apply for the position was included, or subsequently explained. Except to a certain chosen few it seems.

Tory Bear got wind yesterday or rumours that James Morton had already been asked by Michael Rock to take up the appointed position. There will be no contest for the coordinators other than a check with CCHQ. Other candidates have been approached for positions around the country but at this time the South West region is the only one that can be confirmed. TB has ears everywhere so perhaps discussing his promotion in the pub wasn't the wisest idea...
TB's sources in the executive of Conservative Future adamantly state that they have not been consulted on the appointments, and as the next NME meeting is in January it seems they will not be able to veto any appointments put to them. As far as TB can tell the Chairman and Deputy Chairman and communications officer have drawn up the list and it will be put to the rest of the NME after the candidates have been selected and approached, making sure any opposition to the appointments from the NME would come too late.
The CF constitution clearly states it is an NME wide decision:
8.1 The NME shall in each Region appoint a CF Regional Coordinator responsible for:-
coordinating CF campaigning and political activities which cross Area boundaries;
assisting CF Area Chairmen in the organisation of activities which cross Area
boundaries
Stretching that pretty thin if it is indeed just a final nod the NME members will have.
As for the appointment of James Morton to the position, well TB was at school with him so knows him to no doubt be a good egg. Currently the Area Chairman of Devon and Cornwall it is a sensible decision for him to take over as RC in the interim. He caught up with James a couple of minutes ago but as he was on a tractor he couldn't really talk.
As for the rest of the country it seems Area Chairman have specifically not be consulted about who they would like to see appointed to their area and the decisions are coming very specifically from the top.
The RC's are due to be in place in 10 days... If you know anything about who it will be in your area do email in.